What is Time Slip ?

According to CEO of Neetwee Neeraj R Jain the time slip is the phenomenon where people inexplicably travel to another time like a dream where they cannot control the things but see the visuals of another specific time.

Time Slip is unknowingly happen incident which does not relate to any mean or any reasons.

A time slip is a plot device in fantasy and science fiction in which a person, or group of people, seem to travel through time by unknown means.

Time Slip is near equal to Dreaming of unknown means which you cannot control so we can say that time slip is the case where some may thing it was a dream or hallucination but there are several incidents happened in the past which speak about the phenomenon Time Slip .

Below Elements are Researched and Source from Goodto.com

In 1979, two couples were driving through France on holiday – Geoff and Pauline Simpson and Len and Cynthia Gisby. Looking for a place to stay near Montelimar, they found a motel – but were told there was no vacancies and that they should try further down the road. So they set off, and soon found themselves driving down a cobbled street. They paused to take an interest in an oddly old-fashioned sign for a circus. Soon, they came across a long, low, stone building – an inn.

The couples went inside and were shown to their rooms – the windows had no glass in them; there were just simple, wooden shutters. And the furniture was basic; there were no pillows, no telephones, nothing remotely modern – no lifts. After eating a meal of steak, eggs and beer, they retired to bed 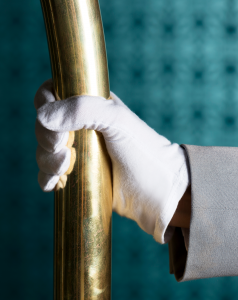 At breakfast in the dining room the next morning, they were struck by some bizarrely dressed individuals – a woman in a silk evening gown came in carrying a dog. ‘It was strange,’ Pauline said. ‘It looked like she had just come in from a ball but it was seven in the morning. I couldn’t take my eyes off her.’ Policemen wearing uniforms later identified to date from 1905 also sat down to eat.

Later, paying their bill, the couples were astonished when they were asked for just 19 Francs – just over £2 – to cover their stay. Two weeks down the line, on their way home from the holiday, they decided to stay at the hotel again – but it was no longer there. And, developing the rolls of film they’d snapped with their camera, all the negatives of the photos they’d taken at the hotel were missing. Baffled, they returned four years later, again to try to locate the hotel. They never found it again.

In 1971, a pick-up truck trundled up to a cattle pasture near Ponca City, Oklahoma, stopping at the gate. It’s occupants, Karl, Mark and Gordon had been sent there to pick up a feeder. Karl said, ‘We opened the gate, which was barbed wire with no lock, and entered. We went on the property, which was covered with grass up to and over the hood of the truck.’ They drove their pick-up through the grass to the feeder and got out.

‘We realised the tank was almost half full and too heavy to load,’ Karl said. ‘We decided to leave and drove around a red barn and we saw a large, two-storey white house, with no lights in front of us.’ So they went back to their employer and explained, and their boss said he’d drain the tank so they could pick it up the next day. 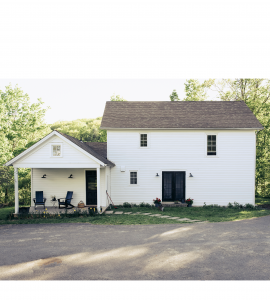 ‘We went to the location to retrieve the tank the next night,’ Karl said. ‘This time we decided to go through the old white big house on the hill and brought our shotguns.’

What they saw was incomprehensible. ‘It [the house] was no longer there,’ Karl said. ‘We walked up the hill where it stood and there were no signs of demolition, no foundation, nothing at all. What we all seemed to witness the night before was no longer there. We have talked to each other over the years but none of us can begin to explain this vision.’

Back in 1996, Frank was out shopping and decided to visit HMV to look for a CD. As he walked along near the Post Office, he suddenly felt as if he’d stepped into an ‘oasis of quietness’. He was then shocked to see a small box van reminiscent of the 1950s speed across his path, narrowly missing him and honking its horn.

Frank realised that he was now standing in the middle of the road and, looking at what should have been Dillons book store, the shop now had Cripps on its sign. Inside, he saw upmarket ladies’ handbags and shoes – no books.

Frank followed a young woman inside – and watched in disbelief as the interior snapped back to Dillions. The girl was still there and Frank grabbed her arm, asking her if she’d seen the same thing. She replied, ‘Yes! I thought it was a clothes shop. I was going to look around, but it’s a bookshop. 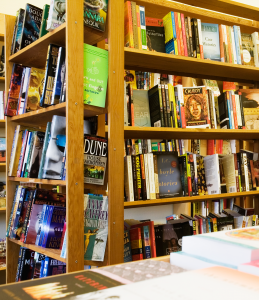 Another incident in Liverpool involved a teenager named Imogen who went out shopping to buy some baby clothes for her older sister, who’d just become a mum. Imogen noticed a new branch of Mothercare had opened on the corner of Lord Street, and she went inside and selected some pretty items, including polka-dot bibs and a pink velour cardigan – all at surprisingly low prices.

However, when she tried to pay with her credit card, confused staff told her they couldn’t accept it. Not having enough cash, she went to another store before returning home.